The yellow and purple Chi-chi-esque decor, out of place with the younger, hipster patrons who frequent this otherwise stylishly furnished sushi bar/restaurant, is only a foreshadowing of the gastronomical delights in store for those who eat here. Our server was a bubbly, personality-laden red-head who swore, wrongly, that she’d waited on us before. Lots of people say that about us, for some reason. She was fun and knowledgeable about the menu, giving us certain inside pointers about what was good and what was not. She leaned us towards two entrees: a broiled (psst! actually grilled, our waitress whispered confidentially) seafood platter for him, and toasted-rice crusted escolar (a Chef’s Thunder special) for her.

Escolar, aka “white tuna”, we were familiar with from numerous ecstastic visits to Bonsai Grill (the great local sushi bar near my old apartment in crystal city). As sashimi it is a tender, buttery, luxurious melt-in-your-mouth-good white fish. We were so excited to see it on the menu that we didn’t think twice about ordering it. In fact, we also ordered two pieces of escolar nigiri to whet our white tuna loving appetites. The bread basket was delightful: doughy, pleasantly chewy breadsticks, glazed with butter and garlic, with a flavorful wasabi-white-bean hummus dip. The nigiri was delicious, as was expected, but left us feening for more.

The seafood platter consisted of three large shrimp, two scallops, three calamari and a large hunk of a white fish of undetermined species. Everything had beautiful appealing criss-cross grill marks, but unfortunately much of the platter was over-cooked and stringy. The toasted-rice crusted escolar came in a huge, forearm sized slab that was agreeably seasoned and had just enough of that rich, buttery flavor to recognize it as white tuna. For sides, we both chose the vegetable du jour (buttered broccoli and carrots) and bleu potato dumplings. The vegetables were average, but the bleu potato dumplings blew us away. Crisp, lightly fried balls of savory whipped potato in a golden brown coating of bread crumbs with a bold, tangy blue cheese nugget tucked in the center. Unfortunately, you only get three.

Our waitress was very attentive, keeping our diet colas filled and checking on us every few minutes to chat and ensure we were happy. She was dryly sarcastic too, quipping “Wow, it looked like you didn’t like it,” in reference to our empty, crumb-licked plates. For dessert, we decided on the key lime tart, which came out in a crumbly, sweet graham crackery crust with the hint of coconut and topped with a gooey drippy meringue that made us think the pastry chef should start lifting weights because they needed to be whipped a few minutes more. The lime filling was refreshingly tart and paired well with the sweet crust and sweet sweet topping. It was a good deal for being five bucks and generously portioned. And it was fat free!

The price at the end was a little steep, around $60 sans tip, but we felt we had a decent meal and good service. We were still raving about the escolar a few days later, when we started blowing it out our nether regions. His was yellow/orange, mine was yellow/green, but it was the same. Oily, floaty and insistent, our love for escolar came back with a vengeance. Scared that we had been food poisoned, we turned to our only reliable source: Wikipedia. There we found our beloved escolar was a fake. Frequently used as a cheap substitute for actual white tuna, aka albacore tuna, escolar contains indigestible oils that cause gastric distress in the form of crazy, unexpected diarrhea. Without going into details, over the course of two days, our love of white tuna was suddenly turned into loathing; cursing at that dumb, delectable irresistible fish while draped on the toilet at cursing at ourselves for being duped into making ourselves superby regular. But, during our frantic search for what the hell was wrong with us, we ran into some very amusing sites, namely Escolar Evil or Not, which if you look at the link title, pretty much says it all. We were not alone.

Knowing what we know now, would we go back? There’s a chance we might. As long as you don’t get the escolar, Flying Fish is a fun, friendly, hip place to spend your good money on some good seafood and service. 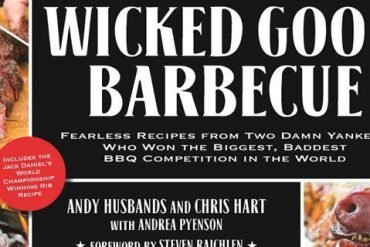