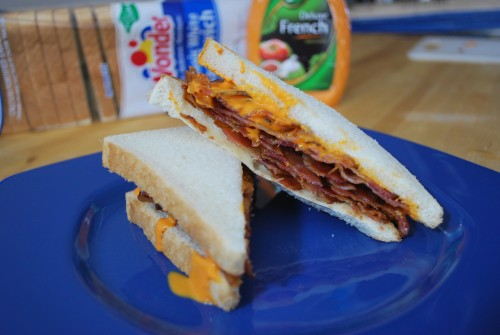 It might be the simplest and greatest sandwich ever.

The first step is to cook the bacon.  Unlike the cooking segment I like to bake my bacon in the oven.  It comes out looking nicer.  Set your oven to 400.  Then you need a sheet pan lined with aluminum.  Then put a baking rack over the foil. 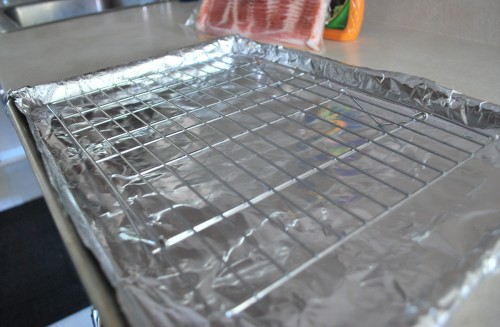 Then put the bacon in strips on the rack.  If you have a rack with grates you can push the bacon between the grates for a nice rippled look or else you can lay it flat.  Put in the oven for 20-30 minutes or until it is the desired crispyness. 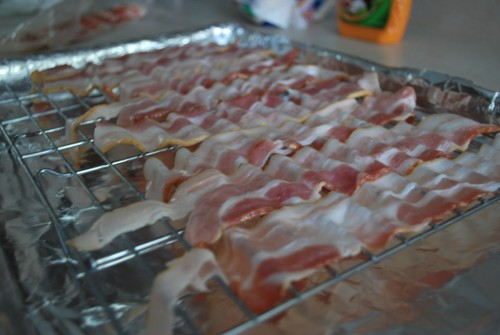 I left mine in for 25 minutes.  Then remove and let it cool.

Meanwhile grab your white bread and lay it out.  Layer with the bacon and drizzle it liberally with french dressing.

Add the top layer of the bread, cut and serve.

That is it.  I know what you are thinking, yep it is solid bacon.  Who wouldn’t love that.