On the weekend I like to cook breakfast whenever I get a chance. This Sunday I woke up early and started to read the September issue of Bon Appetit. I know it is October, but I just got around to it. It happens. Anyways, I came across a baked egg dish in the 5 ingredient section. It looked great and I just happened to have the ingredients available to make it.

Preheat the oven to 400 degrees Fahrenheit.

Halve the English muffins and toast them. 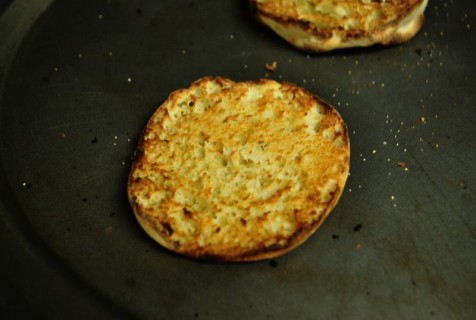 Dice up the bacon, add it to a large skillet and cook it over medium heat until crisp.  Remove the bacon and reserve the bacon grease.

Add the the spinach to the skillet.  Season with salt and pepper and then cook for about 1 minute. 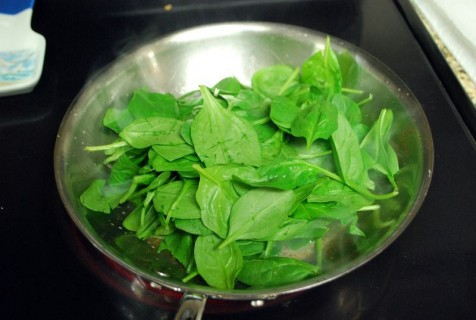 Place one English muffin, split side up in each ramekin. 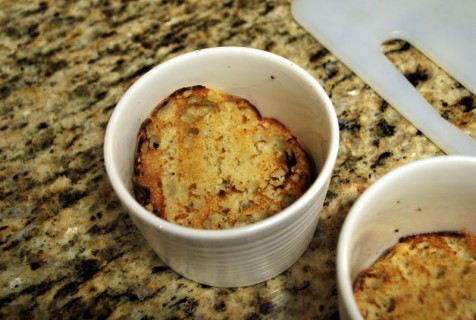 Then divide the spinach and bacon between the ramekins.  Top with Jack cheese. 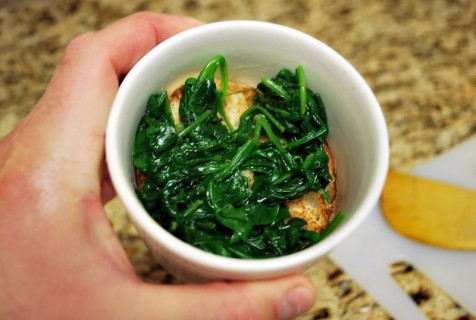 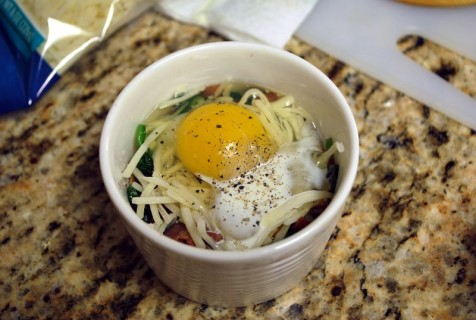 Bake until the egg whites are just set but still have runny yolks.  14-16 minutes. 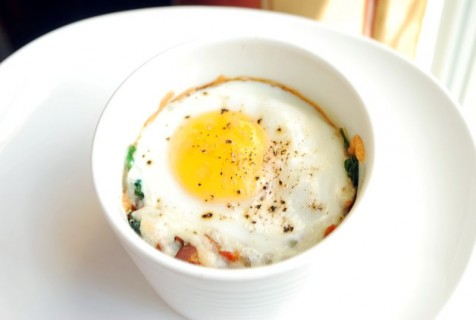 These were amazing.  The spinach, bacon, egg and cheese all together in a single dish.  The English muffin absorbed the runny yolk perfectly. 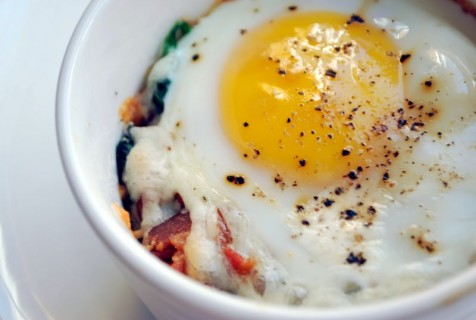 This is a must breakfast treat the next time you have guests in town.  It is quick, simple and a little fancy.  Perfect.