Every once in a while Dana and I go out for dinner.  When we do, I always see Dana ordering Penne alla Vodka.  So I figured I should tackle this recipe.  I wanted to make the sauce from scratch and have that great vodka flavor. Although the alcohol burns off, not all of the flavor does.  I had to experiment with the amount of vodka to get the right amount of flavor.

Bring 6 quarts of salted water to a boil in an 8-quart pot over high heat.

Stir the penne into the boiling water. Bring the water back to a boil, stirring frequently. Cook the pasta, semi-covered, stirring occasionally, until done, 8 to 10 minutes.

Pour the tomatoes into a large bowl and then crush them with your hands, a chopper or whatever you have lying around. 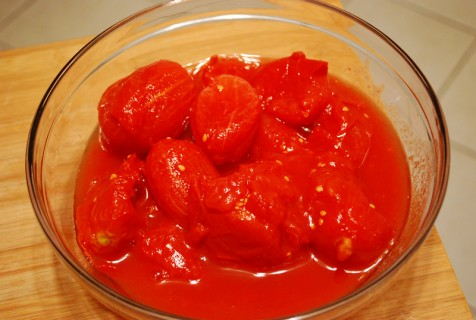 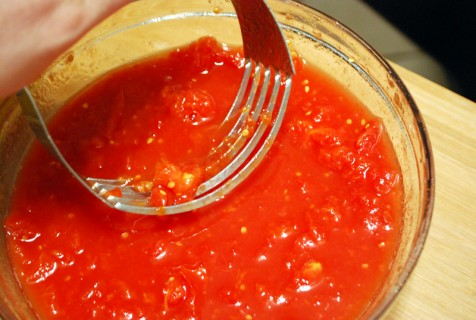 Meanwhile, heat the olive oil and 1tbs butter in a large skillet over medium heat. Whack the garlic cloves with the side of a knife and add them to the hot oil. Also add the diced pancetta.  Cook, shaking the skillet, until the garlic and pancetta are lightly browned, about 3 minutes. 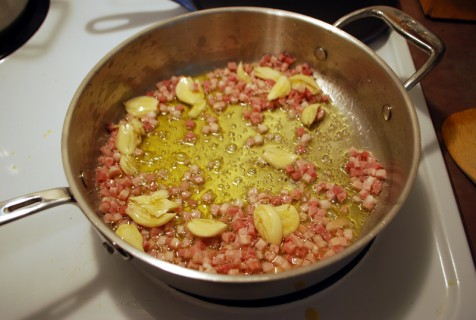 Lower the bowl with the tomatoes close to the skillet and carefully slide the tomatoes into the pan. This can be dangerous as the tomatoes can make the hot oil splatter.  Watch out! 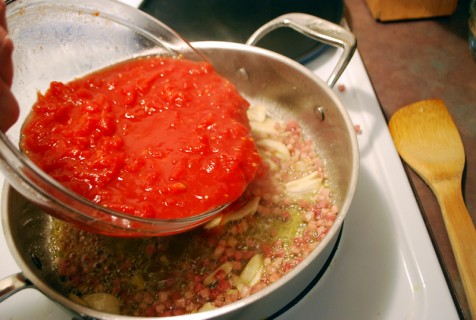 Bring to a boil, season lightly with salt and generously with crushed red pepper, and boil 2 minutes. Pour in the vodka, lower the heat so the sauce is at a lively simmer, and simmer until the pasta is ready and the sauce has reduced.

Just before the pasta is done, fish the garlic cloves out of the sauce and pour in the cream and add the 2 tablespoons butter.  Swirl the skillet to incorporate into the sauce. 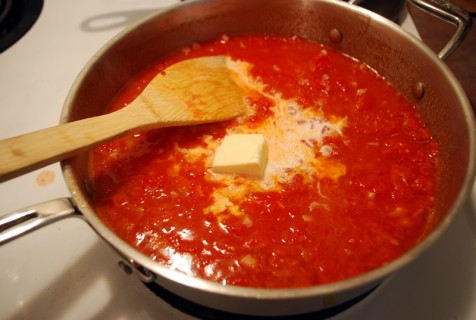 Add the pasta to the pan and bring the sauce and pasta to a boil, stirring to coat the pasta with sauce. Check the seasoning, adding salt and red pepper if necessary. Sprinkle the parsley over the pasta and boil until the sauce is reduced enough to cling to the pasta. 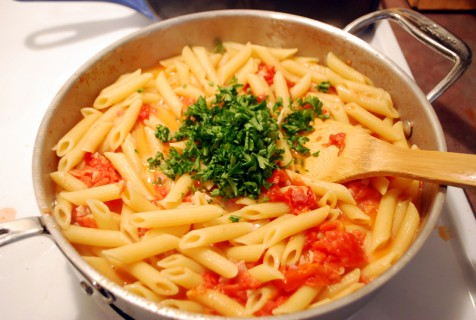 Remove the pot from the heat, sprinkle 3/4 cup of the cheese over the pasta, and toss to mix. Serve immediately. 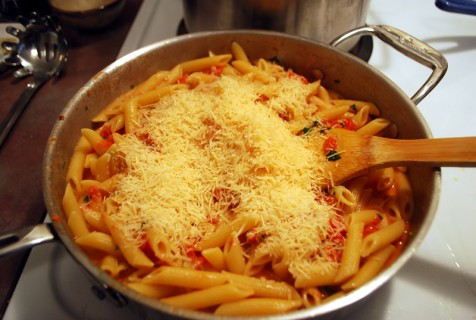 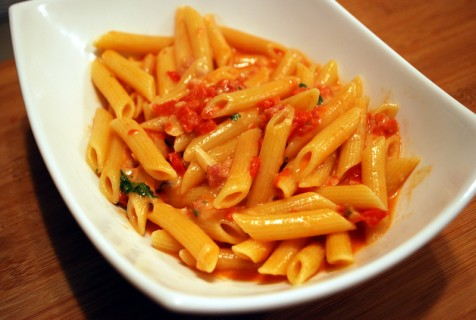 Dana and I loved the flavor and the addition of the pancetta was amazing.  It took this ordinary dish and made it extraordinary.